It wouldn’t be summer without a fizzy Aperol Spritz! This bright cocktail with homemade rosemary simple syrup is so easy to make and tastes even better than it looks!

Did Somebody Say Aperol Spritz?

Say hello to the cocktail of the summer, the Aperol Spritz. You’ve probably seen this cocktail grace your Instagram or Tik Tok feed before. It seems to be the go-to happy hour drink and for a good reason, it’s so refreshing! This delicious cocktail comes in a wine glass with a fresh orange slice, lots of ice, Prosecco, soda water, and of course Aperol!

We’re adding our own twist to this classic cocktail by incorporating homemade rosemary simple syrup! Simple syrup is so much easier to make at home than you may think. Plus, the rosemary adds a savory component to the sweet drink. This Aperol Spritz is my new favorite drink for hot summer nights!

What Exactly is an Aperol Spritz?

You may be wondering, what exactly is an Aperol Spritz? Aperol Spritz, also called Spritz Veneziano, is an Italian wine-based cocktail commonly served in Northern Italy. It’s said that the drink dates back to the 1800’s, but Aperol wasn’t used for the cocktail until the 1900’s. Aperol itself is an Italian bitter liquor or aperitif, which in Europe is a drink that is commonly served before the meal that stimulates the appetite. The flavor of this pre dinner drink is quite bitter, which is why it’s often paired with sweet orange slices.

The official recipe of this classic Italian cocktail is equal parts Prosecco and Aperol, and a splash of a sparkling component; whether that be sparkling water, club soda, or a seltzer. It gained popularity in the U.S. over time but began trending in 2019, after the New York Times wrote a piece titled “The Aperol Spritz is Not a Good Drink”. Suddenly, everyone needed to try out the cocktail for themselves and decide if it was good or not. Three years later, it seems that verdict is in… IT’S DELICIOUS.

How to Make Homemade Simple Syrup

But how do we make homemade simple syrup? It’s actually much easier than you think! Start by pouring one cup of water into a small pot. Then, we’re going to add a little more than half a cup of sugar to the pot. Next, add about five rosemary sprigs and half of a sliced orange. Cover the pot, then bring to a boil. After the pot is boiling, turn off the heat and remove the lid. We’re going to let this mixture seep for about 30 minutes. This gives the mixture time to cool and for the rosemary flavors to really develop.

After 30 minutes, place a small colander over the top of a large mason jar and pour the simple syrup into the mason jar. Then, we’re going to refrigerate it for at least one hour. Finally, just add two ounces to your Rosemary Aperol Spritz and enjoy! This homemade rosemary simple syrup will last up to 10 days in your refrigerator and is great in lemonades, on desserts and more!

Making cocktails at home has never been easier than it is now! 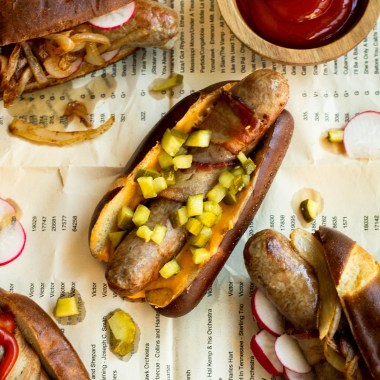 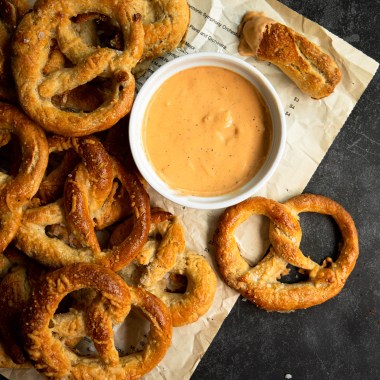