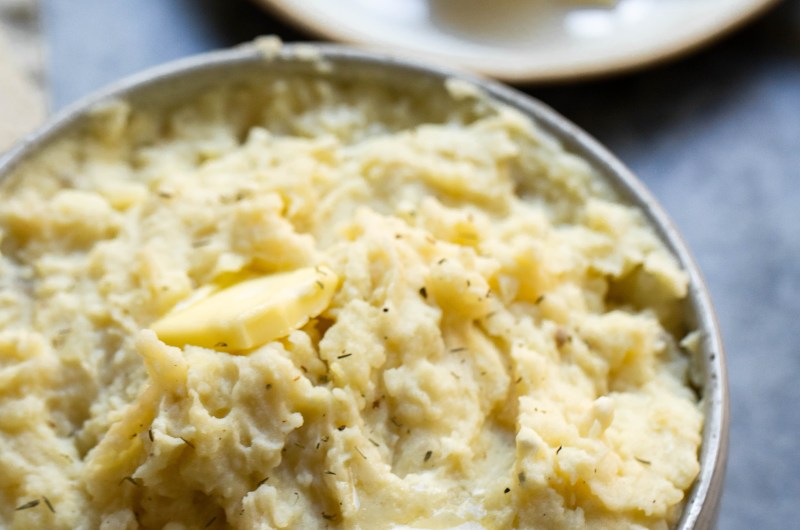 It wouldn’t be the holidays without mashed potatoes! This easy and cheesy recipe is just what you need this holiday season.

The Best Holiday Side Dish

It’s hard to imagine the holiday season without mashed potatoes. This perfect side dish is a necessity for enjoying roasted turkey with fresh cranberry sauce and gravy. And what’s a better leftover than mashed potatoes?

Most know that the first step to making good mashed potatoes is to peel then boil the potatoes. Usually, water is used to boil the potatoes, which is a fine option! But, there is a better option.

You read that right! This recipe calls for half a cup of cottage cheese. Why though?

Often sour cream is used to mashed creamy mashed potatoes, or Greek yogurt is used as a healthy alternative. While both yield delicious outcomes, cottage cheese is the superior dairy product here. Both sour cream and Greek yogurt have a tang to them. To cover this tangy flavor, more cheese and salt is needed.

This dairy-reduced recipe is perfect for those looking for a lighter alternative. Not only does this creamy mashed potato recipe have the same great flavors, but it’s also so easy to make!

Making Ahead of Time? Use These Tips on Thanksgiving!

Thanksgiving is busy, and there’s only so much room on the stove and in the oven. Sometimes you need to make things ahead of time, and luckily these mashed potatoes are just as good as day three as they are on day one. Let me share some tricks to help you bring these mashed potatoes from cold leftovers to ready to eat!

It wouldn’t be the holiday season without creamy mashed potatoes! 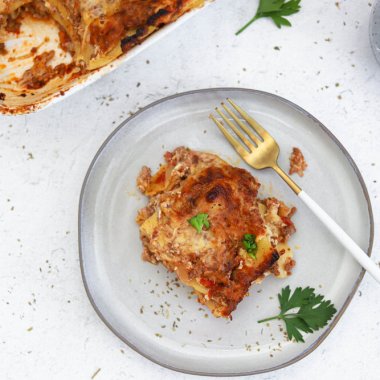 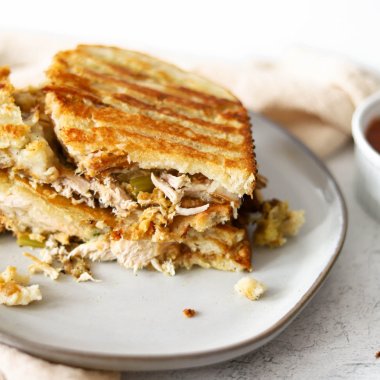