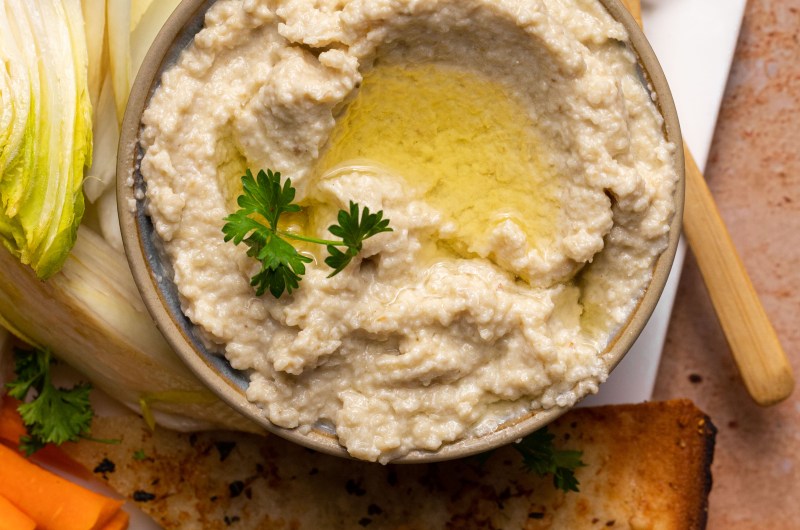 This whipped eggplant has a silky texture that will leave you wanting more after each bite!

If you’re Southern California local, then you may have heard of Elephante in Santa Monica. If you live in Los Angeles, odds are you’ve eaten at this infamous restaurant. Elephante is known for their aesthetic, eclectic menu and whipped eggplant.

The first time I had this appetizer was at the restaurant back in November 2021. This was after almost two years of hearing about the whipped eggplant nonstop. So, it’s safe to say my expectations were high. Luckily, the dip lived up to the height! It was creamy, smooth, subtle, and so delicious. Unlike baba ghanoush, it didn’t have that signature smokey flavor. The texture was similar to that of hummus, and the eggplant flavor wasn’t very forward. But it was one of those appetizers that you could have just kept eating forever.

Since that first bite, I’ve been on a mission to create a copycat recipe. There were different reports of what exactly was in Elephante’s whipped eggplant, but after some research and trials, I believe this recipe may be even better than the restaurant version!

All About the Texture

I like to this of this dish like whipped feta. The list of ingredients isn’t very long because you want the hero to shine through. In this case, our hero is (of course) the eggplant. But as stated before, the eggplant flavor isn’t very forward. This recipe is primarily about the texture.

To roast the eggplant, first season the bite-sized pieces with about a tablespoon of olive oil. Lightly season the eggplant with salt and pepper, then roast at 350 degrees for 20 minutes. Once the eggplant has cooked, allow it to cool for 10 minutes. Then, place the eggplant in a food processor and blend on high for one to two minutes until smooth. It’s important that the eggplant is pureed and smooth before adding any other ingredients.

Next, add four tablespoons of ricotta cheese to the food processor. The ricotta cheese will help create that creamy texture, and because ricotta doesn’t have a very strong flavor it won’t overpower the ingredients. Pulse on high for one minute to blend with the eggplant. Use a spatula to scrape down on the sides of the food processor to make sure everything is combined.

Once the mixture is smooth, add the following to the food processor:

Blend in the food processor until combined. If the oil looks like it isn’t integrating into the mixture, just keep blending on high until everything is smooth. Once smooth, taste test to check the flavor profile. While this recipe has lemon juice and lemon zest, it shouldn’t be overpowered by the lemon. If it’s too acidic, add a little bit more salt.

Realistically, you can pair this whipped eggplant dip with anything and it would taste good! I love to toast up some gluten-free pita bread in the air fryer with olive oil and garlic. The crispy pita paired with the smooth dip is a match made in heaven.

Other options include the classic cucumbers, carrots, and cherry tomatoes. But my favorite vegetable to pair with the whipped eggplant is the endive. Endives are a type of lettuce that are smaller and have a crisp, bitter taste to them. To prepare them, I like to cut the endive into wedges or remove the leaves, then toss them in a bit of oil, lemon juice, and salt. The balance of the bitter endive with the creamy whipped eggplant is perfect!

This whipped dip is just another great way to take advantage of eggplant season! 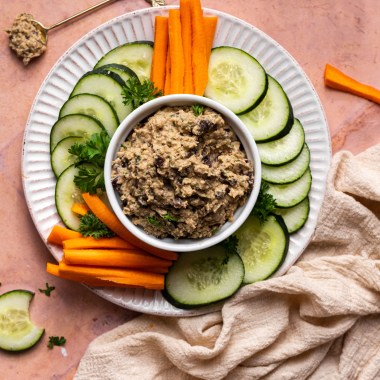 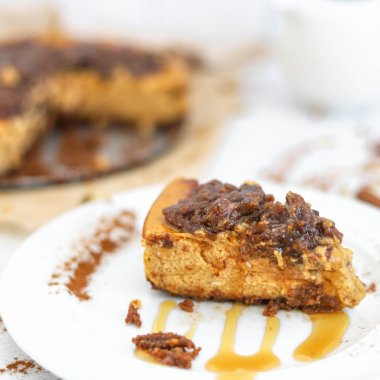