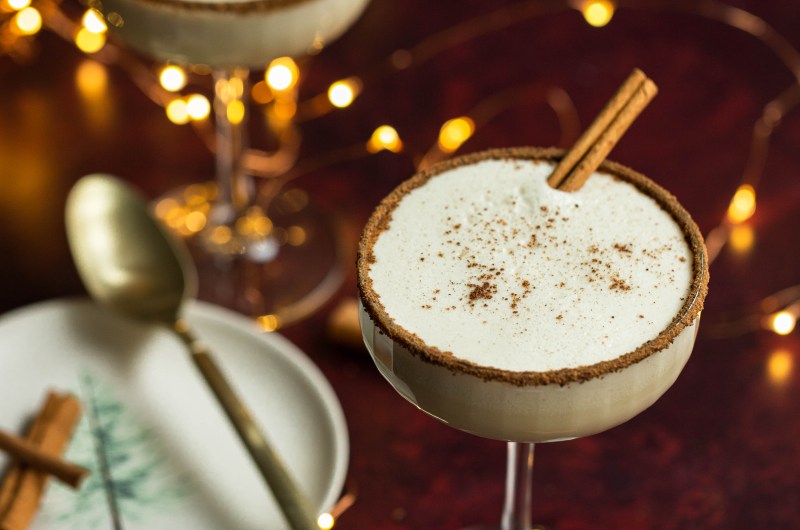 This Dairy-Free Eggnog is just the cocktail you need to jumpstart the holiday festivities!

The Signature Drink of the Holiday Season

There’s no better drink to celebrate Christmas with than eggnog. This classic cocktail is a holiday favorite for many reasons! For starters, it has all the best elements of Christmas in a glass. From rich nutmeg to smokey bourbon, eggnog has it all. This festive drink is a holiday staple for a reason. Its dessert-like decadence makes it easy to drink- and even easier to drink too much of.

This Christmas the classic eggnog is getting a unique twist! While eggnog is typically a very dairy forward drink, this recipe is dairy-free. Coconut milk is used as a replacement for cream and almond milk instead of cow’s milk makes this a lactose free alternative. It preserves the same consistency and deliciousness of the traditionally recipe; just sans dairy!

What Exactly is Eggnog?

Eggnog, historically known as milk punch or an egg milk punch mixed with alcohol, is traditionally served during the holiday season. This rich, chilled & sweetened beverage is typically made with dairy-based products. The classic recipe calls for milk, cream, sugar, egg yolks and whipped egg whites. As for the alcohol, eggnog originally used rum for its boozy element. Today, usually a mixture of dark rum and Cognac are used. However, bourbon or whiskey can also be used!

Did you know that eggnog dates back to the medieval times in Great Britain? Eggnog then made its way over to the American colonies in the 18th century. Then, eggs and rum were abundant. The drink became a holiday staple due to its aromatic flavors that embodied winter; such as cinnamon, nutmeg, and vanilla bean.

Fast forward to today, and eggnog is still a staple at Christmastime. In fact, it’s averaged that 135 million pounds of eggnog are drank each year by Americans! Although the drink is most popular in December, sales of eggnog begin to spike as early as October. It is one of the most popular beverages to have at holiday parties and often sold out during the week of Christmas.

How Do You Make Eggnog Dairy-Free?

Now that we know eggnog is usually made with milk and cream, the question becomes… how do we substitute these main ingredients? Luckily, I have a simple answer: coconut milk and almond milk! While you can use any kind of nut milk in place of cow’s milk, coconut milk is an easy dairy-free substitute for cream. Its consistency mirrors the heaviness of cream. Furthermore, it has a sweeter flavor which adds to our eggnog!

At this point you’re probably wondering how we turn eggs into a tasty cocktail. The easiest way to answer that question is by diving into the recipe! First thing is first, start by separating four egg yolk and egg whites. Once you have the separated egg yolks, add them to a medium-sized bowl. Then, take an electric mixer and begin to beat the yolks on a medium speed for two minutes. Once the yolks turn a pale yellow color, gradually add in one third cup of cane sugar. While the sugar is being added, remember to continue to beat the yolks until the sugar is dissolved. This process will take another two to three minutes.

In another bowl, combine the almond milk and can of coconut milk. Before we can combine the milk and egg yolks, we first need to beat the milk to thicken it. Use the electric mixer for about two minutes on low speed to combine the dairy-free milks. Once the milk mixture has thickened, pour in the egg yolks and stir to combine. Now for the fun part- the alcohol! Slowly pour in four ounces of bourbon, whisking to combine. If you like your drinks on the stronger side, add another ounce or two in there. Then, add one teaspoon of nutmeg to the eggnog.

Once the stiff peaks of the egg whites have formed, it’s time for the final steps of the recipe. Slowly pour the whisked egg whites into the eggnog and use a whisk to combine the two. You may have to whisk for about a minute in order to thoroughly incorporate the two. Once combined, refrigerate the eggnog for at least 30 minutes. It’s best if you wait an hour, or even overnight, but 30 minutes will do if you’re in a rush.

While the eggnog is chilling, line the glasses. Grab three cocktail glasses and dip the rims in a bit of almond milk to wet them. Then, combine brown sugar and cinnamon for a winter-spiced mixture. Line the rims in this mixture, both inside and outside. Finally, once the eggnog has chilled, whisk one more time before pouring into the prepared glasses. I like to finish my eggnog with a bit of nutmeg spice on top and a cinnamon stick. Then, serve and enjoy!

This Dairy-Free Eggnog is just the cocktail you need to jumpstart the holiday festivities! 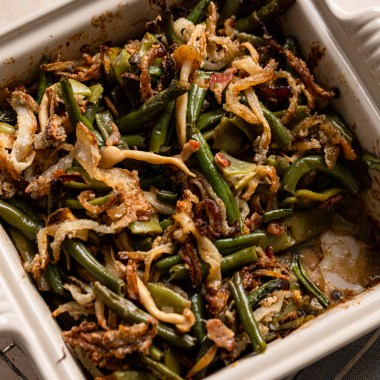 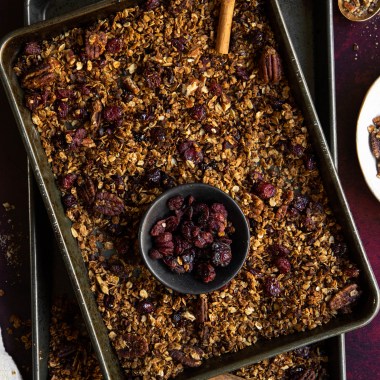