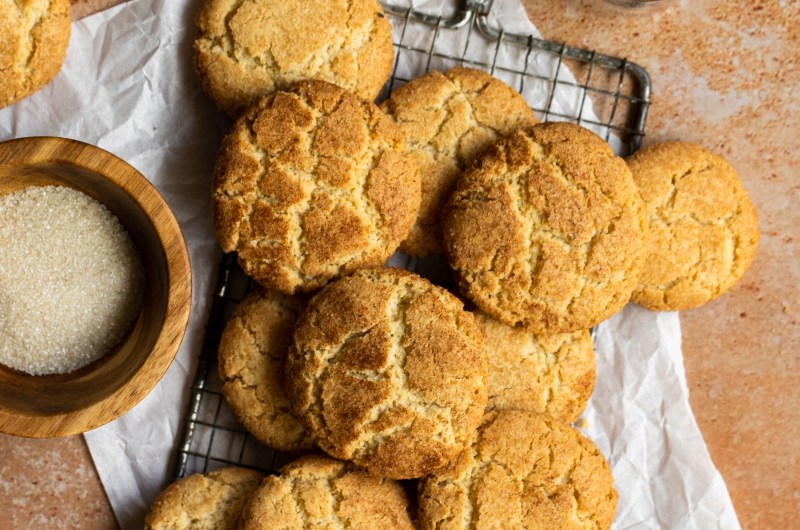 These Gluten-Free Brown Butter Snickerdoodle Cookies are soft and so good that you won’t even be able to tell that they’re gluten-free!

There are few things better than the perfect cookie. One of the hardest things about being gluten-free is finding good gluten-free cookies. Most gluten-free cookies have a harder consistency because people tend to overcook them to create that bind that gluten gives. So, what do you do when there’s a lack of good cookie options? You make them yourself!

I love these snickerdoodle cookies because they have a pillow-like texture that is crumbly, without causing them to fall apart after one bite. The texture so closely resembles that of a “regular” cookie that you wouldn’t even know these snickerdoodles are gluten-free!

Plus, if you’ve ever had anything with brown butter in it, then you know how intoxicating it is. All in all, these delicious sweet treats are a must-make.

Brown butter is a signature ingredient for creating decadent cookies. It gets its’ name from the golden brown color yielded when the butter is melted and cooked down. But making brown butter can quickly go from great to burnt in just seconds. To avoid that, follow these steps:

The butter should have a nutty aroma once it’s finished cooking. Make sure that you allow the butter to cool to room temperature before adding it to the recipe.

Once the butter has cooled, strain it through a colander into a large mixing bowl. Add three-fourth cups of cane sugar to the bowl. To beat the sugar and butter together, use an electric mixer. Beat the ingredients for roughly two minutes until throughly combined. Then, add one room temperature egg and mix again for one minute. Finally, add one and a half teaspoons of pure vanilla extract and beat for roughly thirty seconds.

In a medium-sized bowl, combine the dry ingredients. For the gluten-free flour, my favorite is Bob’s Red Mill Gluten-Free 1-to-1 Baking Flour. I love this flour because it yields a light and fluffy consistency, without having to combine multiple flours. Next, add three-fourth teaspoon cream of tartar, half a teaspoon of baking powder, and one fourth teaspoon of salt. The cream of tartar, although a small quantity, is the key to make true snickerdoodle cookies!

Slowly sift in the dry ingredients to the wet ingredients, pouring in half at a time and mixing in between. Once the dry and wet ingredients are thoroughly combined, place the bowl in the refrigerator to chill for one hour. Chilling the dough before baking allows the fat to solidify. So, as the cookie bakes, the fat will take longer to melt. This means that the cookie will spread less, allowing it to stay fluffy.

After the cookies have chilled in the refrigerator for one hour, it’s time to preheat the oven! Preheat it to 375F and line to large baking sheets with parchment paper. Now for the cinnamon sugar mixture!

While the cream of tartar may be the signature ingredient to the dough, the cinnamon sugar exterior is the key to perfect snickerdoodle cookies. Start by combining one-fourth cup of cane sugar in a small bowl. Then, add two teaspoons of cinnamon and mix. Take the chilled dough and roll a ball that is roughly two to three inches thick. Add the ball in the mixture and roll to coat the whole ball. Finally, place the ball on the prepared baking sheet and repeat with the rest of the dough.

Once all of the dough has been rolled in the cinnamon sugar mixture, it’s finally time to bake the cookies! Place one tray on the middle rack and bake for ten minutes at 375 degrees. I don’t recommend baking both trays at once because one tray will be above the other, which will cause the top tray to cook faster, while the bottom tray bakes slower. For best results, bake one tray at a time on the middle rack of the oven.

After the cookies have finished baking, allow them to cool for five minutes. Then it’s (finally) time to enjoy them!

These Gluten-Free Brown Butter Snickerdoodle Cookies are soft and so good that you won’t even be able to tell that they’re gluten-free! 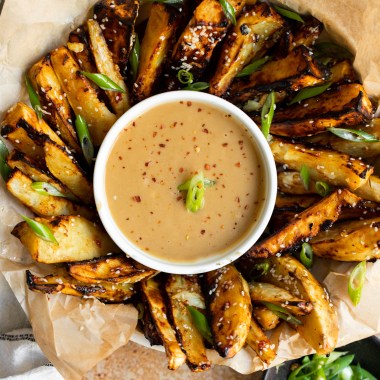 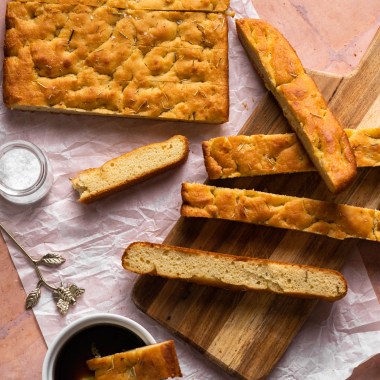