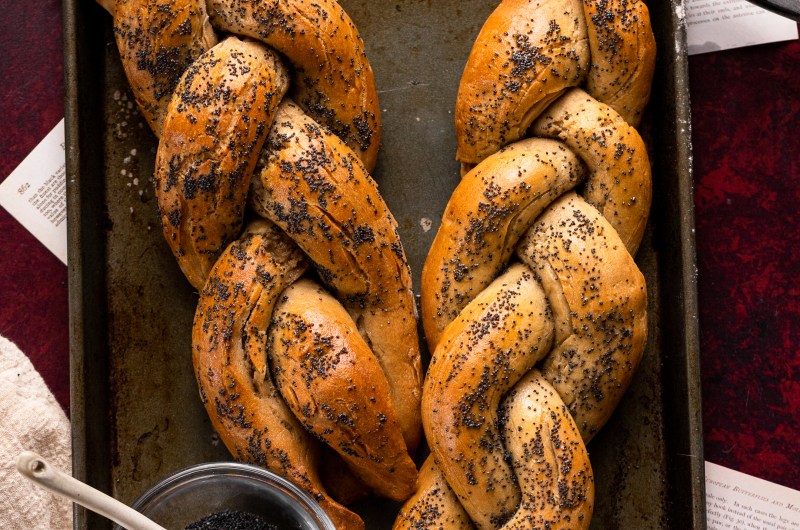 This gluten-free challah bread recipe is light, delicious and so fun to make!

Challah is a special bread of Ashkenazi Jewish origin. The bread is usually eaten on ceremonial occasions, like Shabbat or Rosh Hashanah. Challah bread is an important element of the Jewish culture and a staple amongst hundreds of years of holiday celebrations and traditions.

Traditionally, Challah is made of a eggs, white flour, water, sugar, yeast, oil, and salt. There is also a recipe known as “water challah” that’s made without eggs and has a French baguette like texture, almost resembling that of brioche bread. Today, there are countless different recipes using a variety of flours and different form of sugars, such as honey, molasses, or maple syrup. Challah bread can also have raisins or saffron in it. Once the dough is braided, it’s topped with an egg wash to give the final result a golden brown sheen. Often, the bread is topped with poppy seeds or sesame seeds.

How to Make Challah Bread

Like any gluten-free bread, making challah bread takes time and patience. This recipe may look intimidating but don’t let the time variable scare you off. This bread is worth the wait! This gluten-free challah starts the same way as most bread recipes do: with yeast. Yeast is the key ingredient that allows the bread to rise once the dough is formed. Without yeast, the dough would harden when cooked. The two keys to ensuring the yeast is activates is making sure the liquid isn’t so hot that it kills the yeast. And second, ensuring the yeast has enough time to properly activate.

So first, warm the water in a glass container. Once warm, stir in the cane sugar until dissolved. The sugar is the food source of the yeast. This ensures the yeast can thrive in the environment and activate. Then, once the water is between 105-110 degrees Fahrenheit, add the active dry yeast. Stir to combine, then allow to sit for at least eight minutes. After a few minutes, the yeast will begin to activate. You can tell the yeast has activated when the mixture begins to smell fragrant (almost like beer) and it looks foamy or bubbly on top.

While the yeast is activating, add the wet ingredients to a large bowl on a stand mixer. Combine the dairy-free plain yogurt, apple cider vinegar, canola oil, maple syrup and two beaten eggs. Here, canola oil takes the place of butter because under Jewish law, meat and milk can never be eaten together. This follows the Jewish dietary regulations of kashrut, which details kosher foods. To follow kosher, dairy-free yogurt is also used. Once the yeast has activated, pour the mixture into the bowl with the other wet ingredients. Use a paddle attachment to combine the ingredients on low speed.

The Secret to Perfect Texture

Next, it’s time to combine the dry ingredients in a large bowl. This recipe uses King Arthur’s Gluten-Free All-Purpose Flour. This flour is ideal for our gluten-free challah bread because it’s a beautiful blend of gluten-free flours, which yields a beautiful texture. Because it does not have xanthin gum, a little must be added to help bind our ingredients. But the real key to perfect gluten-free texture in this challah bread? Psyllium Husk Powder! This is a crucial ingredient when it comes to gluten-free baking because it gives the dough the flexibility it needs to stretch, bend and rise. Without it, we’d be unable to ultimately braid the challah bread. Furthermore, it would crack when baked.

When the dough is well kneaded and slightly sticky, it’s time to proof it! Proofing is a baking step during the process of making a yeast bread where the dough is allowed to rest and rise before baking. This timeframe is usually 60-90 minutes, and in that time the dough doubles in size. This is because the dough ferments and gases are produced, which leavens the dough. Leavening is where a raising agent in a dough creates a foamy action that lightens the mixture. To best support and ensure this step is successful, the dough will need to be covered and rest in a warm area.

First, I warm a large glass bowl in the microwave or wash it under hot water. Glass or metal are best to use as they retain heat and the dough needs a warm environment. Then, I grease the bowl and transfer the ball of dough to the warm bowl. You can cover it with a tea towel or Saran Wrap- personally, I like to use Saran Wrap. Finally, place the bowl in a warm environment. Some ovens have a proofing setting, but if yours does not then you can use a warm sunny spot. Allow the dough to rest for one hour. After the allotted time, transfer to a flour dusted workspace.

Now it’s time to braid the challah bread! As this recipe makes two loaves, divide the dough into two equal parts, then split each into three balls. Place the three balls of dough on flour dusted surface. Then, use your hands to roll out each dough ball into a long rope. Roughly, the dough should be about eight to ten inches long and about two inches thick. Before starting the braid, transfer the dough to a baking sheet. It’s best to do this now so you don’t have to move the braid later. Then start the braid by wetting your hands and pinch together one end of each coil. Once connected, start the strand braid by rotating each rope of dough over the other until you reach the end. Do so very gently and slowly! To finish the braid, connect the three pieces of dough at the other end. Next, mix together one room temperature egg and a tablespoon of water. Brush the challah braid with the egg wash before sprinkling one tablespoon of poppy seeds on top of the dough. Finally, repeat this process with the other dough!

Time to Cook the Challah Bread

Texture so good, you wouldn’t know it’s gluten-free if you didn’t make it! 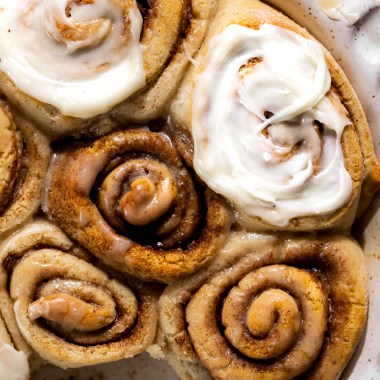 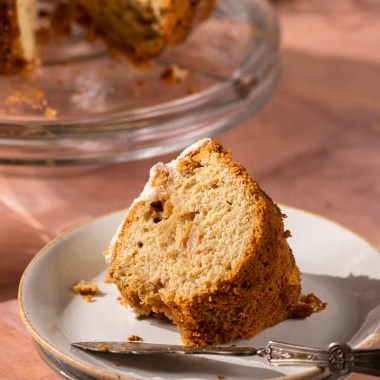