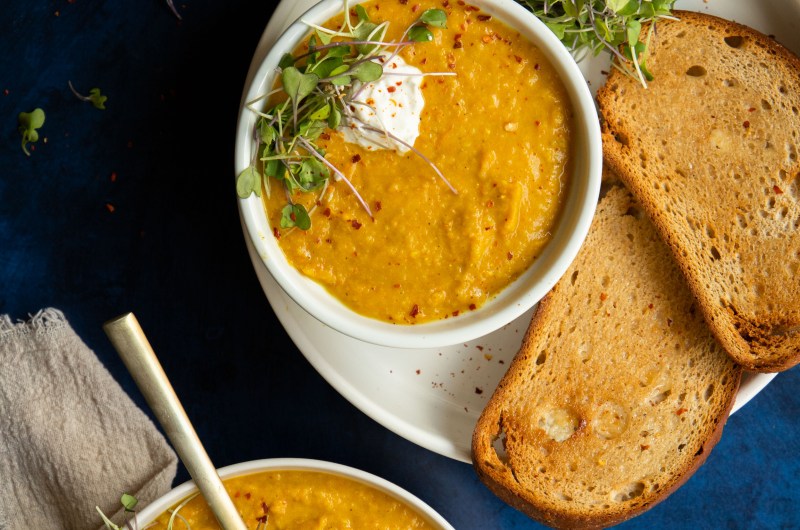 If you’re looking for a new way to utilize parsnips in spring, check out this vegan soup recipe! This one-pot soup comes together in under an hour and is the perfect cozy dinner to enjoy on a cold night.

Spring is for Parsnips

March marks the end of winter and start of spring. And what better way to kick off spring than with a seasonal recipe featuring fresh parsnips?

The parsnip is a root vegetable, closely related to carrots and parsley. At a glance, it looks like a white carrot. Parsnips are known for their sweet, licorice-like taste that has a hint of spice. Unlike carrots which have more of an earthy flavor profile, parsnips have a sweetness that closely resembles winter squash.

Combine the sweetness of the parsnip and the earthiness of the carrot, and you have a perfectly balanced soup! This recipe is made with onions, garlic, celery, and leeks with a hint of Asian-inspired flavors like lemongrass and ginger. Together these flavors yield a hearty and cozy soup.

Always Start with a Mirepoix

Any good soup starts off with a mirepoix base of minced carrots, celery, and onions. Start by adding three tablespoons of olive oil to a large pot or Dutch oven. Then, add one half minced white onion, four peeled carrots, and three celery stalks. This base is the fundamental foundation of French cooking- and for a good reason. The base yields a balanced flavor profile that is easy to build off of.

Now for the Other Veggies

Cook the mirepoix for roughly seven minutes over medium-high heat. The onions should be translucent before adding any other vegetables.

Next, mince three cloves of garlic and add to the pot with three large parsnips that have been peeled and chopped. Like carrots, parsnips have a rough exterior. When peeled, parsnips cook slightly faster but also can be pureed into a smoother consistency.

Add one tablespoon of chopped leeks and two teaspoons of freshly minced ginger. While we don’t add very many leeks, the leeks pair well with the mirepoix and parsnips. Furthermore, leeks are also in season in spring, so they’re a great vegetable to utilize in your cooking. Cook the vegetables down, stirring to prevent burning for roughly five minutes.

Add one can of coconut milk and four cups of vegetable broth to the soup. Reduce the heat to medium-low and cover with a lid. Allow the soup to simmer for roughly 25 to 30 minutes. This will allow the flavors to deepen and further develop.

Time to Blend and Serve!

After the soup has simmered for the allotted time, remove from heat. To puree the soup, it’s easiest to use an immersion blender so you don’t have to transfer the soup to a food processor or blender- but either will work fine. Blend thoroughly until all of the vegetables are pureed and the soup has a thick, creamy consistency.

Serve into bowls and top with dairy-free Greek yogurt, fresh micro greens, and red chili flakes. I also like to serve my soup with a side of gluten-free sourdough bread. But you can also use crackers.

There are few things better than homemade soup on a cold day. 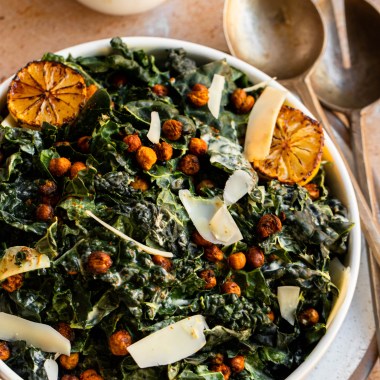 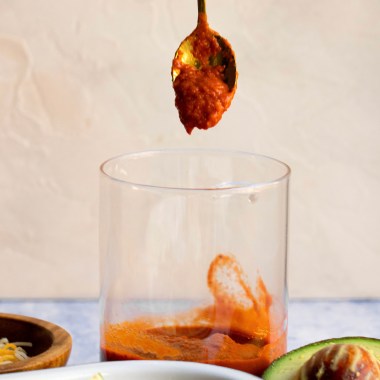