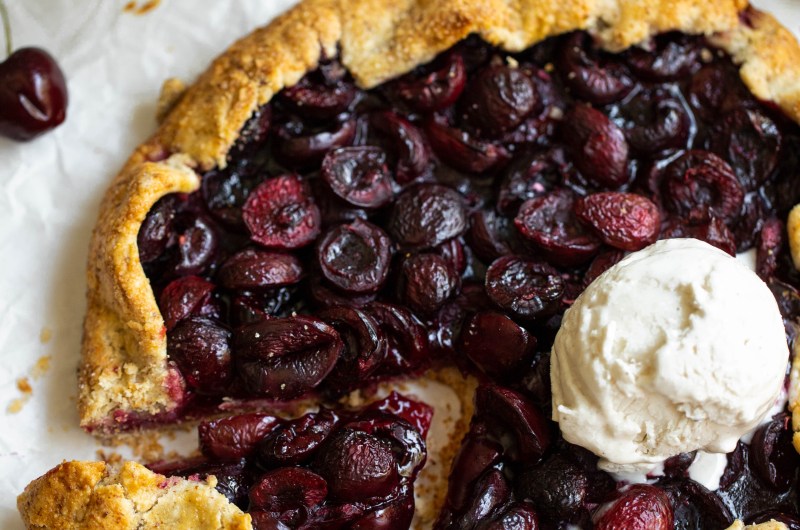 Why Summer is the Perfect Season for Galettes

The dessert of the summer is without a doubt the galette. From fresh peach galettes to the signature cherry galette, galettes have taken social media by storm. And for a good reason, they’re delicious and a unique alternative to the classic pie!

Even at the beginning of fall you’ll see apple or plum galettes, but summer really is the perfect season for this tasty treat. Why? Because galettes are a great way to showcase all of the fresh produce that summer has to offer! Not to mention, they bake in less than thirty minutes; which, means less time in the kitchen for you.

It’s time to make the gluten-free galette dough. First, combine cold water and apple cider vinegar. Then, we’re going to place the mixture in the freezer. This is an important step as we want the mixture cold when we later combine it with the dry ingredients. Next, sift the gluten-free baking flour, almond flour, xanthan gum, sugar, and salt into a large bowl. The combination of gluten-free baking flour and almond flour here provides the perfect crust that won’t crumble. Also, just a touch of xanthan gum will go a long way, as it acts as a binder. Now it’s time for the butter! Chop one stick of cold butter into small pieces, then add it to the flour mixture. Next, use your hands to combine the flour and butter. At first this may feel uncomfortable, but after a few minutes the butter will begin to break down.

Next, we’re going to add the water mixture one tablespoon at a time. Between tablespoons, use a fork to combine the ingredients. This gives our dough time to thoroughly absorb the ice water. Continue this process until you’ve add all of the water mixture. Then, use your hands to form the dough into a disk-like shape. Once the dough has molded to your liking, wrap it plastic wrap and refrigerate for one hour.

After one hour, dust a surface with flour and roll out the dough into a circle. Finally, it’s time to add our toppings!

To make the cherry filling, start by adding 4 cups of pitted and halved cherries to a medium-sized mixing bowl. Then, add a fourth cup of pure cane sugar, a fourth cup of lemon juice, 4 tablespoons of cornstarch, 2 teaspoons of vanilla extract, a teaspoon of cinnamon, and a pinch of salt. Mix this together, then set to the side for 15 minutes. After 15 minutes, drain any liquid from the cherries.

The galette is almost done! Once you’ve drained the liquid from the cherries, add them to the galette. Make sure to leave about an inch border around the galette, as this will fold over the cherries.

After the cherries have been added, fold the crust over the last layer of cherries. Then transfer the galette to the freezer for 30 minutes. Freezing the galette before cooking it prevents the dough from getting soggy.

After 40 minutes, allow the galette to cool for 10-15 minutes. Then, add a scoop of vanilla ice cream and fresh cherries to enjoy with your gluten-free cherry galette!

Get your forks ready for this delicious Gluten-Free Cherry Galette! 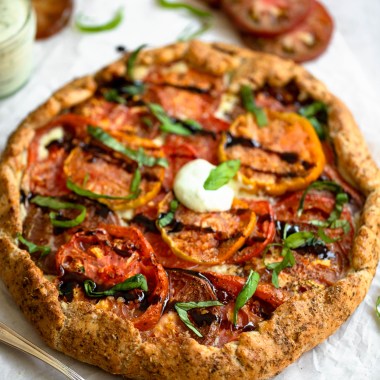 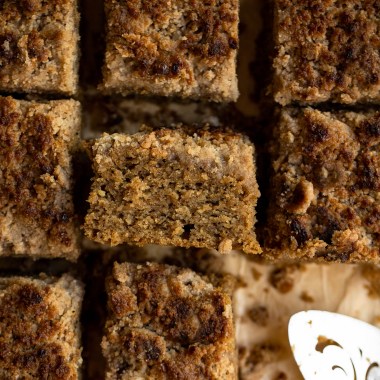