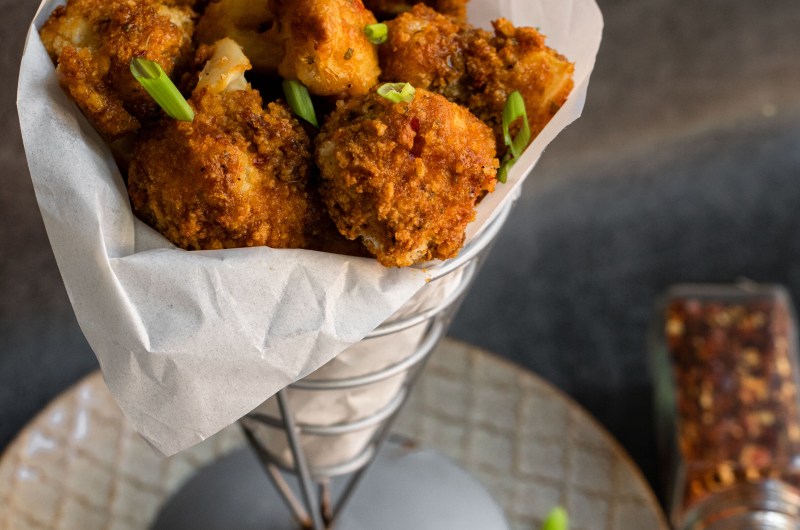 This gluten-free appetizer is guaranteed to be a crowd pleaser at any gathering!

There are certain appetizers that you know are going to be a hit at any party. For example, chips and guacamole are a must-have and the charcuterie board will be devoured within an hour. Well, allow me to add a new, unique appetizer to your party repertoire.

This gluten-free and vegetarian snack is the recipe that’ll make you the most popular person at any gathering! Trust me, I know from experience. When I made these Honey Garlic Cauliflower Poppers for the Super Bowl, not only were they gone in the blink of an eye but everyone was asking for the recipe.

After some recipe testing to perfect this party app, it’s time to finally share it!

This recipe is easy to make but requires an hour of prep and cooking, along with multiple stations. These breaded beauties are first tossed in a gluten-free flour mixture, then dredged in eggs before being dipped in breadcrumbs. But the fun doesn’t stop there! After these bites are cooked in the oven for 25 minutes, it’s time for the sauce.

So, let’s breakdown each step with the ingredients and what you’ll need to do.

First, remove the leaves from one head of cauliflower. Then, wash the head and slice it into florets. Once you have your bite-size veggies, add them to a bowl and drizzle one tablespoon of olive oil over them. Toss to evenly coat each floret in the oil. Next, combine one cup of gluten-free all-purpose flour in a shallow bowl with one tablespoon of lemon pepper seasoning. In another bowl, beat three room temperature eggs together with two tablespoons of water. Finally, add two cups of gluten-free breadcrumbs and two tablespoons of nutritional yeast to a bowl.

Start by dipping the oiled floret in the flour. Make sure to get each crevice before moving on to the beaten eggs. Once the floret is slathered in the egg mixture, dredge the veggie in the gluten-free breadcrumbs. Then, place the floret on a large baking sheet lined with parchment paper. Repeat this process with each piece of cauliflower.

The Star of the Recipe: The Sauce

While the cauliflower is baking in the oven at 400 degrees for 25 minutes, it’s time to start on the sauce. This sauce is truly the key to this recipe. The combination of sweetness from the honey, saltiness, spice and garlic is mouth-watering. You’ll want to grab a spoon and enjoy the sauce on its own!

In a small bowl, whisk together two teaspoons of cornstarch, one teaspoon of lemon pepper, and one fourth cup of water. Set the mixture to the side and grab a small saucepan. Add one third cup of honey, one third cup of soy sauce, two cloves of minced garlic, one tablespoon of lime juice, and one tablespoon of chili garlic paste to the saucepan. Whisk together to combine, and then bring the mixture to a boil. Once boiling, reduce the heat to low and add the cornstarch mixture. Whisk over low-heat until the sauce begins to thicken. Then, remove from heat and continue to stir until its reached the desired consistency.

After broiling the cauliflower, allow to cool for five minutes before serving. Serve alongside sliced scallions and white sesame seeds. Then, enjoy!

These gluten-free bites are a must for any party! 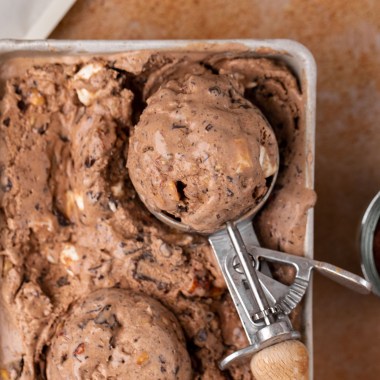 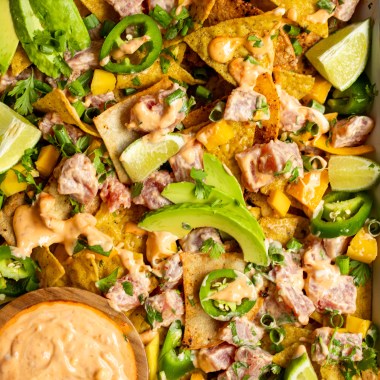