This sweet kugel is the perfect addition to your Hanukkah celebration! With gluten-free noodles and creamy cottage cheese, it doesn’t get better than this recipe.

Say hello to kugel, a traditional Jewish pudding or casserole recipe made with egg noodles. Kugel is often served on Jewish holidays, like passover. While kugel is not traditional eaten on Hannukah like latkes are, it’s a great dish to bring people together.

After some trial and error, I can safely say that this recipe is the best gluten-free kugel out there! This sweet kugel comes together in less than an hour and is the perfect addition to the holidays.

So, What Exactly is Kugel?

As I said before, kugel is a traditional pudding or casserole dish made with egg noodles. Now, I know what you’re thinking. Pudding and casserole are two very different dishes; how could it be classified as both? The easiest way to explain it is that kugel has a similar consistency to pudding before it’s baked, but it is baked like a casserole.

The word “kugel” is a Yiddish term for the German word “sphere”. Kugel came about in Germany during the 12th century. It had more of a pudding consistency as it was steamed in a pot, which gave the dish its’ original spherical shape. Also, it was made savory using onions and herbs. When sugar became more popular in the 17th century, the dish took on a sweeter note; though, some still stuck to the traditional savory recipe.

To Add Raisins or Not

Adding raisins really depends on what kind of kugel you’re making. Is it more savory or sweet? Raisins are often found in sweet kugels, but not always. However, today there are no kugel rules. With countless different recipes ranging from apple kugel to french onion kugel, it’s up to you to decide!

For this sweet recipe, I decided to add a mixture of golden raisins and regular raisins. Golden raisins tend to be a little less sweet than the raisins you’re used to snacking on. Together, the two raisins compliment one another perfectly.

So, before we made kugel for the first time, my boyfriend tried to convince me that kugel is better cold. Now, this is coming from the man that thinks everything is better cold. It doesn’t matter if it’s pizza, pasta, chili; you name it, and he believes it is better to eat cold than warm. Well, I’m the opposite. I can count on one hand the number of times I’ve had cold pizza, which I know most people love.

Anyway, I decided to give it a try. I tried kugel when it first came out of the oven, cold, and warmed up. And, you know what? It was actually pretty good cold as well. There’s something about this dish, maybe the crunchiness of the noodles that just tastes better cold. Don’t believe me? Try it for yourself!

That being said, it’s hard to beat that first scoop of kugel that’s fresh out of the oven. The warm, creaminess of the dish is very comforting. All in all, kugel is great cold or warm!

I’ll be honest; finding gluten-free egg noodles is no easy task. Traditional kugel is often made with large egg noodles, and gluten-free noodles usually can’t stretch that large. After going to three grocery stores with no luck, I turned to amazon and found the Double Yolk. After a lot of research, I decided to give them a try. These medium gluten-free egg noodles were perfect for the kugel recipe! They had a great consistency and didn’t fall apart after boiling them, which is a massive win in the gluten-free world. Plus, they absorbed the delicious flavors beautifully. Would definitely recommend these noodles for your kugel recipe!

This delicious sweet kugel recipe comes together in less than an hour and is so easy to make! 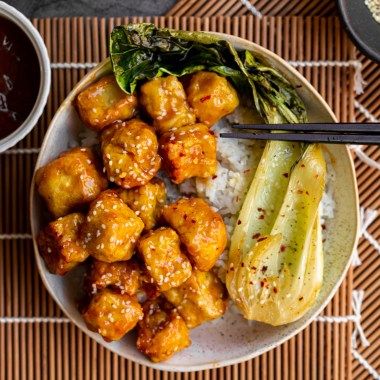 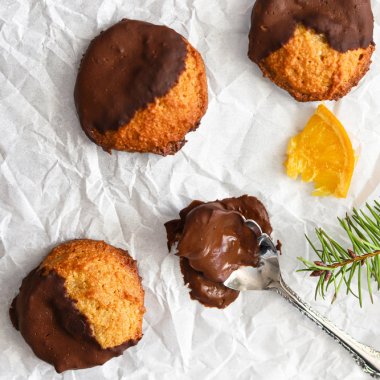