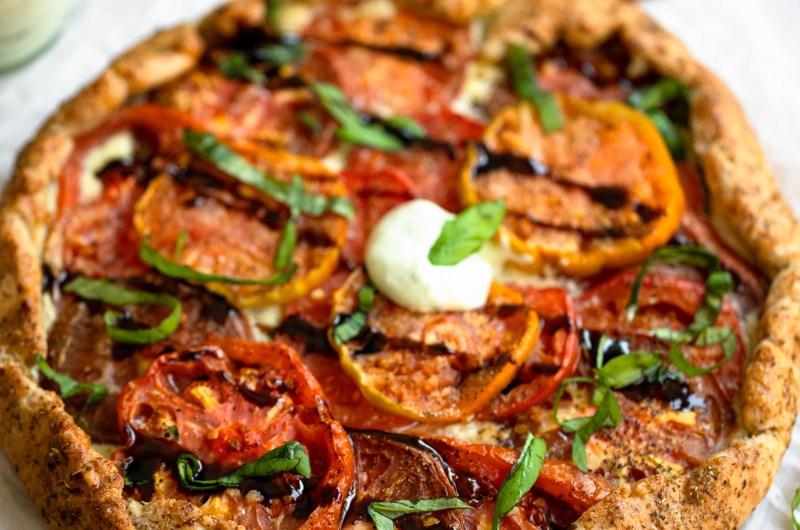 What is a Galette?

A galette is a French cooking term used to describe a a flat round cake. You may have heard of the term, Galette des Rois. This famous galette, or king cake, is associated in many countries with Epiphany. This cake celebrates the arrival of the three wise men. The king cake is made of a puff pastry and the interior features a cream made with sweet almonds, butter, eggs, and sugar. Typically a fève, or figurine representing the Christ child, is hidden inside. After the cake is cut, whoever gets the fève wins a prize.

Hope you enjoyed that brief history lesson! To simplify things, an easy way to think of a galette is as a flat pie, or a pie without a tart pan. Or if it’s savory, like in this case, a fancy pizza.

The term galette is very open as there are hundreds of ways to make galettes! From a delicious plum galette to the classic peach galette, recipes are very open ended and allow for your own creation.

Of course, there are some things like the instructions that are steadfast. So, let’s jump into the recipe!

It’s time to make the gluten-free galette dough. First, combine cold water and apple cider vinegar. Then, we’re going to place the mixture in the freezer. This is an important step as we want the mixture cold when we later combine it with the dry ingredients. Next, sift gluten-free baking flour, almond flour, xanthan gum, sugar, and salt into a large bowl. The combination of gluten-free baking flour and almond flour here provides the perfect crust that won’t crumble. Also, just a touch of xanthan gum will go a long way, as it acts as a binder. Now it’s time for the butter! Chop one stick of cold butter into small pieces, then add it to the flour mixture. Next, use your hands to combine the flour and butter. At first this may feel uncomfortable, but after a few minutes the butter will begin to break down.

Next, we’re going to add the water mixture one tablespoon at a time. Between tablespoons, use a fork to combine the ingredients. This gives our dough time to thoroughly absorb the ice water. Continue this process until you’ve add all of the water mixture. Then, use your hands to form the dough into a disk-like shape. Once the dough has molded to your liking, wrap it plastic wrap and refrigerate for one hour.

After one hour, dust a surface with flour and roll out the dough into a circle. Finally, it’s time to add our toppings!

To layer the heirloom tomatoes, start in the middle of the galette and work your way out. Remember to leave about two inches of dough on the outside of the galette. This inch border of the galette will fold over the last layer of tomatoes to form a crust.

The galette is almost done! Once you’ve layered the tomatoes, fold the crust over the last layer of tomatoes. Then transfer the galette to the freezer for 30 minutes. Freezing the galette before cooking it prevents the dough from getting soggy.

After 40 minutes, allow the galette to cool for 10-15 minutes. Then, garnish the savory gluten-free galette with fresh basil and balsamic vinegar.

This Savory Gluten-Free Galette is about to become your new favorite way to use heirloom tomatoes! 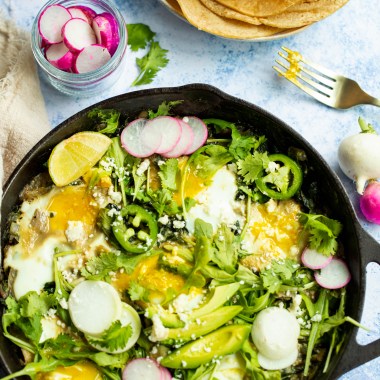 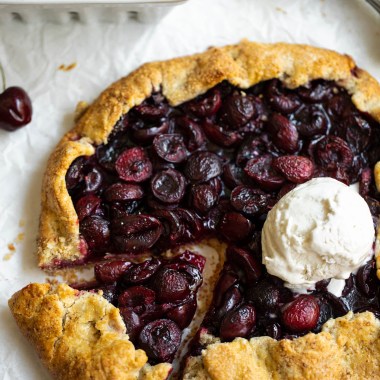